Bola Ahmed Tinubu, the presidential candidate of the ruling All Progressives Congress, APC, vowed on Thursday to transform the South East and engage in discussion with agitators if elected president of Nigeria in the 2023 general election.

Tinubu stated this while addressing stakeholders and throngs of APC supporters at the presidential campaign event held at the Pa Ngele Oruta municipal stadium in Abakaliki, the capital of Ebonyi State.

If elected president in the 2023 general election, he promised to lead the country ahead while also bringing greater development to the South-East region and engaging in talks with agitators. 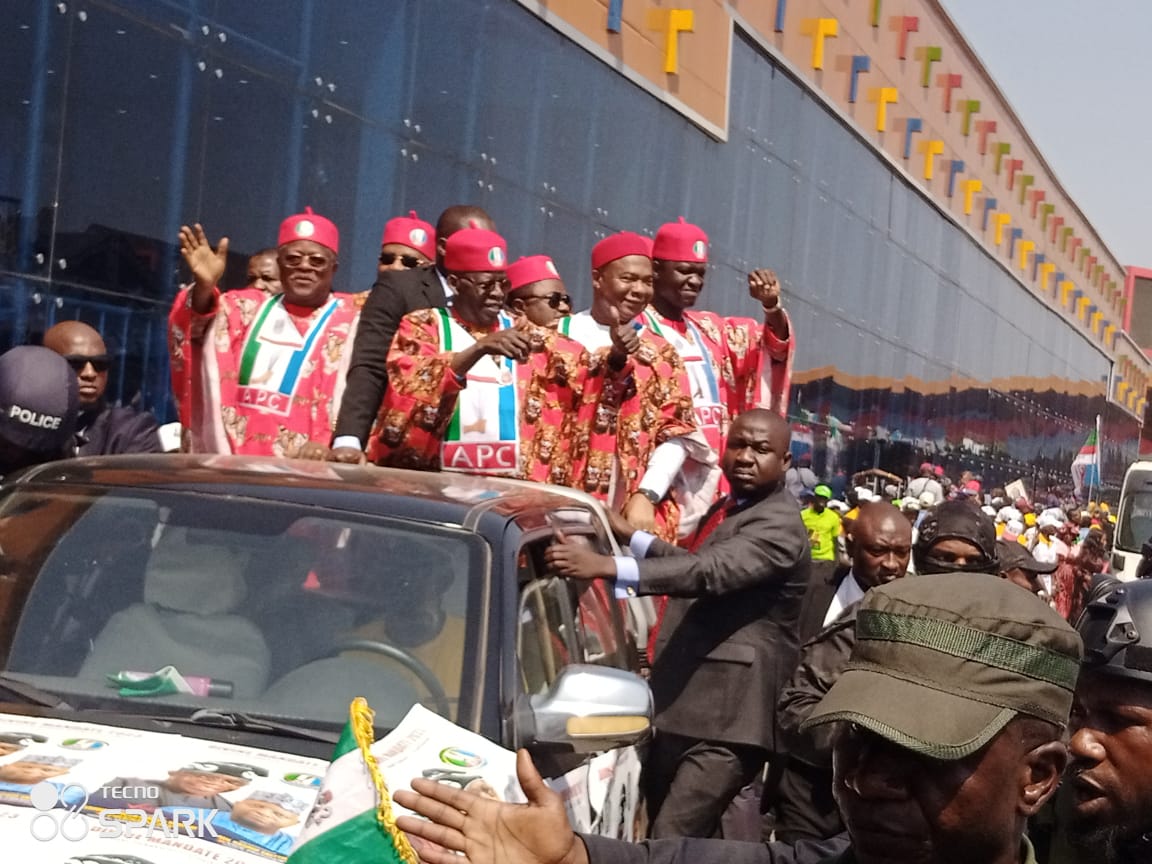 Tinubu, however, tasked citizens of the southeast region, especially the people of Ebonyi State to vote massively for the governorship candidate and all other candidates of the party, adding that the people must protect their votes after voting in the 2023 general election.

According to him: “With the spirit of oneness, togetherness and unity, we will ensure the process of our country. It is only a progressive party that can change Nigeria. For the past 16 yrs of the PDP government, we had no steady electricity in Nigeria.

“We are progressives, we will do the right thing and we will move Nigeria forward. We will make southeast Nigeria, a Taiwan of Asia. We came in 2015 and we came to realize that transformation is a must for economic resuscitation and progress.” 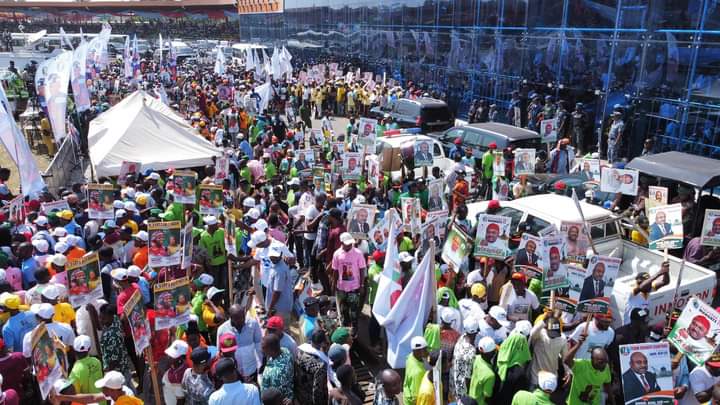 He averred: “Our children’s education is very important for our today and tomorrow and we are working hard because education is the greatest weapon to poverty. We are going to reform our schools.”

He also said: “We want peace, we will talk to all the agitators, this thing is not done by conflicts. Whatever you say, our progress, our achievement of education of our children is very important for our today and tomorrow.

“We know the fact that education is the greatest weapon against poverty. We are going to give our children education and reform our schools.

Earlier in a remark, the APC presidential campaign chairman for South East, Mr Hope Uzodimma vowed that the entire region is for APC and will vote massively for Bola Ahmed Tinubu in the general election.

He stated further that the region will no longer dwell on lamentation about marginalization.

Also, the governor of Ebonyi State, David Umahi, who equally spoke during the rally, said Ebonyi State has fared well under the APC government and called on the citizens of the state to be Obidient to the presidential candidate of the party, Bola Tinubu.

He tasked the people to vote massively for Tinubu and the state’s gubernatorial candidate, Francis Nwifuru as well as other candidates of the party in the 2023 general election.