The law, signed by Gov. Kathy Hochul on May 24, allows adult survivors of sexual abuse to file a lawsuit — even if their claims are past the statute of limitations — during a one-year “look-back window” that begins at midnight on Thanksgiving Day and closes at midnight on the following day. 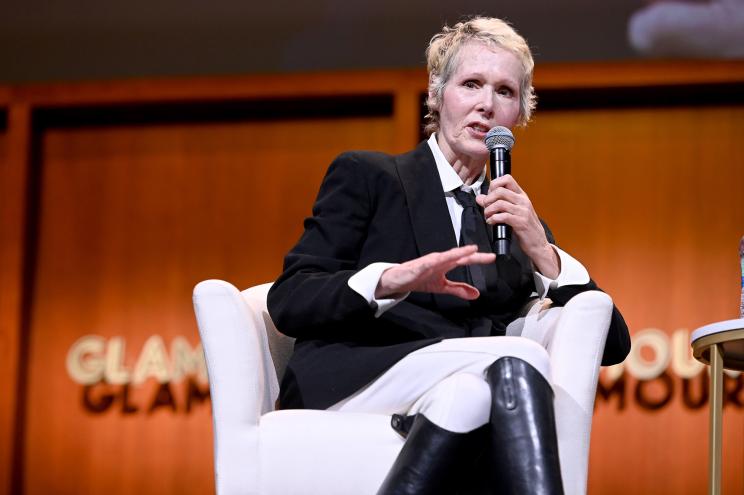 Journalist E. Jean Carroll is poised to file suit against Donald Trump for allegedly raping her, as the Adult Survivors Act goes into effect Thursday. Getty Images for Glamour

“The opening of the ASA is a small correction in the statute of limitation laws that always favored the powerful and the predators,” said lawyer Carrie Goldberg, who will be taking on at least a couple dozen of the cases.

Goldberg — who is partnering on the cases with attorney Susan Crumiller, a close friend and fellow sexual abuse survivor — said the window opening on Thanksgiving is “apropos,” for victims grateful to be able to seek justice in court.

“This law is the debt that is owed to victims,” she said.

Lawyers for Elle magazine columnist E. Jean Carroll said last week that they will file a battery lawsuit against 76-year-old Trump on Thursday under the new law. The suit alleges Trump raped Carroll in a Bergdorf Goodman fitting room in the early 1990s.

Carroll already has a civil claim pending against Trump in Manhattan federal court for allegedly defaming her when he called her a liar and said her accusations were “a complete con job.”

But with the ASA, she will now be able to sue the ex-president over the alleged attack specifically, adding to the slew of legal cases he is currently embroiled in.

The law mirrors the 2019 New York Child Victims Act which also opened up a window for survivors of childhood abuse to sue their assailants — or the institutions that protected them — regardless of when the abuse occurred.

Nearly 11,000 cases were filed statewide under the CVA by the time the window closed in August 2021 — including against the Boy Scouts of America, pedophile financier Jeffrey Epstein and the Catholic Church.

Under the ASA, hundreds of lawsuits are expected to be filed on behalf of female inmates who claim they were sexually abused while in state jails and prisons, according to lawyers Adam Slater and Ben Crump — who said they are handling over 750 of those cases.

The claims could cost the state millions as there is no limit on how much it may have to pay out to victims, according to Sen. Brad Hoylman — one of the sponsors of the ASA bill.

There was also no cap on how much the state could pay under the CVA, either, where countless cases were brought against public schools because of teachers and staff that were accused of abusing children.

Goldberg’s partner Susan Crumiller said “it’s crazy” how few adult victims know about the ASA — and noted many of the suits are from clients the pair previously had to turn away because of the statute of limitations.

The legal duo’s ASA cases include suits from alleged victims of disgraced producer Harvey Weinstein and from models claiming they were sexually abused in the fashion industry.

“The more that we change the culture and become educated about the dynamics of sex abuse and the dynamics of consent and we stop shaming victims — I think more and more people will come forward,” Crumiller said.

A 41-year-old client of theirs told The Post about how 10 years ago she was the target of a “serial harasser and assaulter” — a partner at a prestigious law firm who is still practicing today. When she rejected him, the partner allegedly fired her.

“It was killing me to know there was no justice, no punishment,” the woman said. “This wasn’t even a blip in his life.

“I was never going to be able to have any kind of recompense and I had sort of conditioned myself to live with that,” she added, “And this is very empowering to come back at this with a renewed support from the law.”

It’s unclear if the woman will be among those to file suit Thursday as the firm she was fired from has been rushing to come to a settlement first, Crumiller said.

Jordan Merson, who repped Epstein victims under the CVA, said he will be handling over ten ASA cases. He said the law was an important “opportunity” for adult survivors of abuse.

“The courthouse doors were closed for them for far too long,” Merson said. “The statute of limitation for these cases used to be one year … It wasn’t fair.”

Merson highlighted a major difference in suits filed under the CVA and the ASA ones, in that in child sexual abuse cases, non-consent is a legal given, whereas in adult cases, you have to prove lack of consent.

Crumiller also acknowledged that ASA cases will hinge on consent.

“Everyone is always afraid to bring these [adult] cases forward because it’s he-said she-said,” she noted, adding, “We don’t see that as barrier.”

Lawyers were divided on how many ASA cases will be filed in New York.

Attorney Lisa Coppola — who guesses she will handle tens of ASA cases — said since the range of ages is so much greater for adults than children, “In terms of sheer numbers, I anticipate we will be seeing many many more claims.”

But lawyer Cynthia LaFave — who says she’ll have dozens of ASA cases — thinks there will be far fewer since adults are more likely to report assaults to law enforcement whereas children frequently didn’t come forward because of “forced” secrecy and fear.

LaFave said the ASA is “necessary” to prompt societal changes.

Lucian Chalfen, a spokesperson for the state court system said the New York legal system is prepared to handle the ASA cases regardless of how many are filed.

“While we anticipate a flurry of filings at the outset, we are prepared and will have the cases assigned to judges without any delay,” Chalfen said in a statement.

“While there was a lot of talk about a flood of Child Victims Act cases, that never materialized with just under 11,000 filed during the two-year window,” Chalfen said. “Should the Adult Survivors Act generate any volume of filings, we will adjust accordingly.”

Hoylman — who sponsored the bill with Assembly Member Linda Rosenthal — said, “It’s fitting that the window for the Adult Survivors Act opens on Thanksgiving Day.

“The public owes sexual abuse survivors a debt of gratitude for having the courage to file claims and make our communities safer by identifying predators and the institutions that may have harbored them,” he said.

Rosenthal added: “The laws have long shielded abusers and the institutions that harbored them; the ASA changes that Nov. 24, 2022.”