A woman died after falling 1,000 feet after slipping off the edge of a cliff while hiking on a mountain in Italy.

“The news this evening of the awful loss of the young Maria Cristina Masocco, which occurred in the afternoon in the mountains, strikes us in a genuinely profound way,” mourned Viviana Fusaro, mayor of Feltre, Belluno, located in the Veneto area, where the accident occurred. 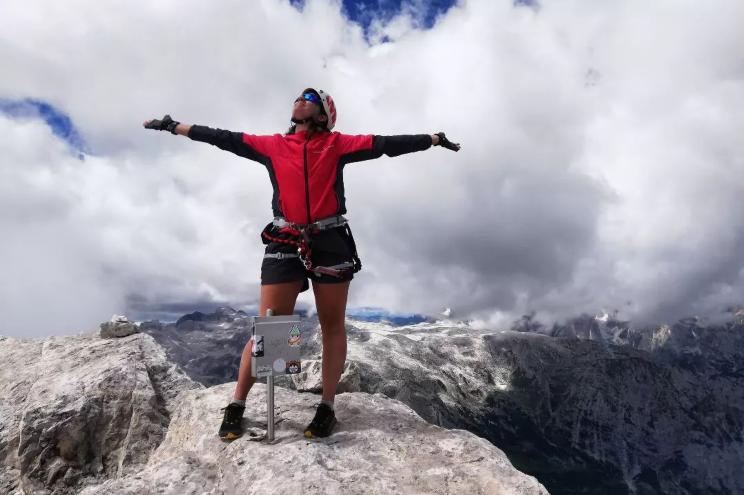 Mariacristina Masocco (above) was hiking with three friends when she slipped and fell into a ravine to her death. Newsflash

The disaster occurred around 4 p.m. on Sunday while Masocco, who lived in Feltre, was hiking with three friends in the Dolomites, the highest peak in which measures nearly 11,000 feet tall, Newsflash reported.

They were reportedly walking single file along a ledge through a pass, when the alpinist slipped and fell “screaming” into a ravine and out of sight, witnesses told the outlet.

Her horrified hiking companions subsequently called emergency services, who dispatched a rescue helicopter to the scene. However, by the time they reached Masocco, she was already dead, per their reports.

Needless to say, the community was rocked by the mountaineer’s untimely passing.

“In these hours, no words can soothe the intimate suffering of the mother, younger sister and friends,” mourned Fusaro. “I want to express to them the sincere closeness of the entire community, who joins in an embrace to their great pain.”

The tragedy follows a rash of hiking deaths around the globe.

In September, a 79-year-old man fell to his death while hiking with his two daughters at Purling Brook Falls in Springbrook, Australia.