He’s a man dressed as a wolf, and he’s proud of it.

Toru Ueda, a Japanese engineer, enjoys a drink after a long week, just like everyone else. But, rather than going to the local bar, he prefers to entertain at home, dressed in a 3 million yen [$23,000 USD] wolf suit.

The Tokyo professional claims that his obsession with animals stems from a desire to escape the general tedium of being a person.

“When I wear my costume I feel I’m no longer human,” the 32-year-old told the UK Times. “I’m free of human relationships. All kinds of troubles, related to work and other things — I can forget about them.”

Ueda had his suit made last summer by Zeppet, a company that makes costumes for television and movies. Their costumes span from monsters and robots for sci-fi and horror films to animal suits for children’s television programs.

Ueda exchanged more than 40 emails with the team and they had over three face-to-face meetings, in which he showed them images of his dream suit and finer details, like the pattern of the coat and texture of the fur. Although he wanted the human-sized suit to be as realistic as possible, he also requested it allow him to walk normally, according to the Times. 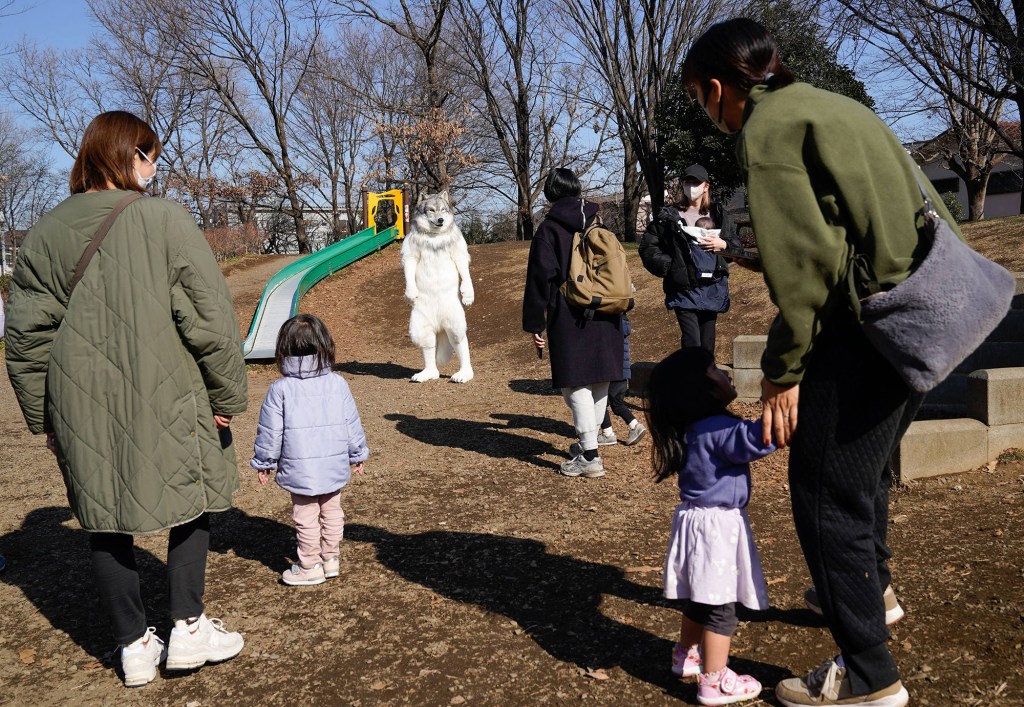 Although cosplay is incredibly popular in Japan, Ueda says none of his friends dress up and he generally doesn’t wear his furry frock to gatherings with other cosplayers.News Licensing/MEGA

The company that created the lifelike suit also made headlines in 2022 for a man-sized border collie suit, which is reportedly worth $15,400.

The company also produces lifelike replicas of people’s pets, with prices ranging depending on the size of the dog.

Although cosplay is incredibly popular in Japan, Ueda said none of his friends dress up and he generally doesn’t wear his furry frock to gatherings with other cosplayers.

For Ueda, the costume gives him a power that he doesn’t feel like he has in everyday life.