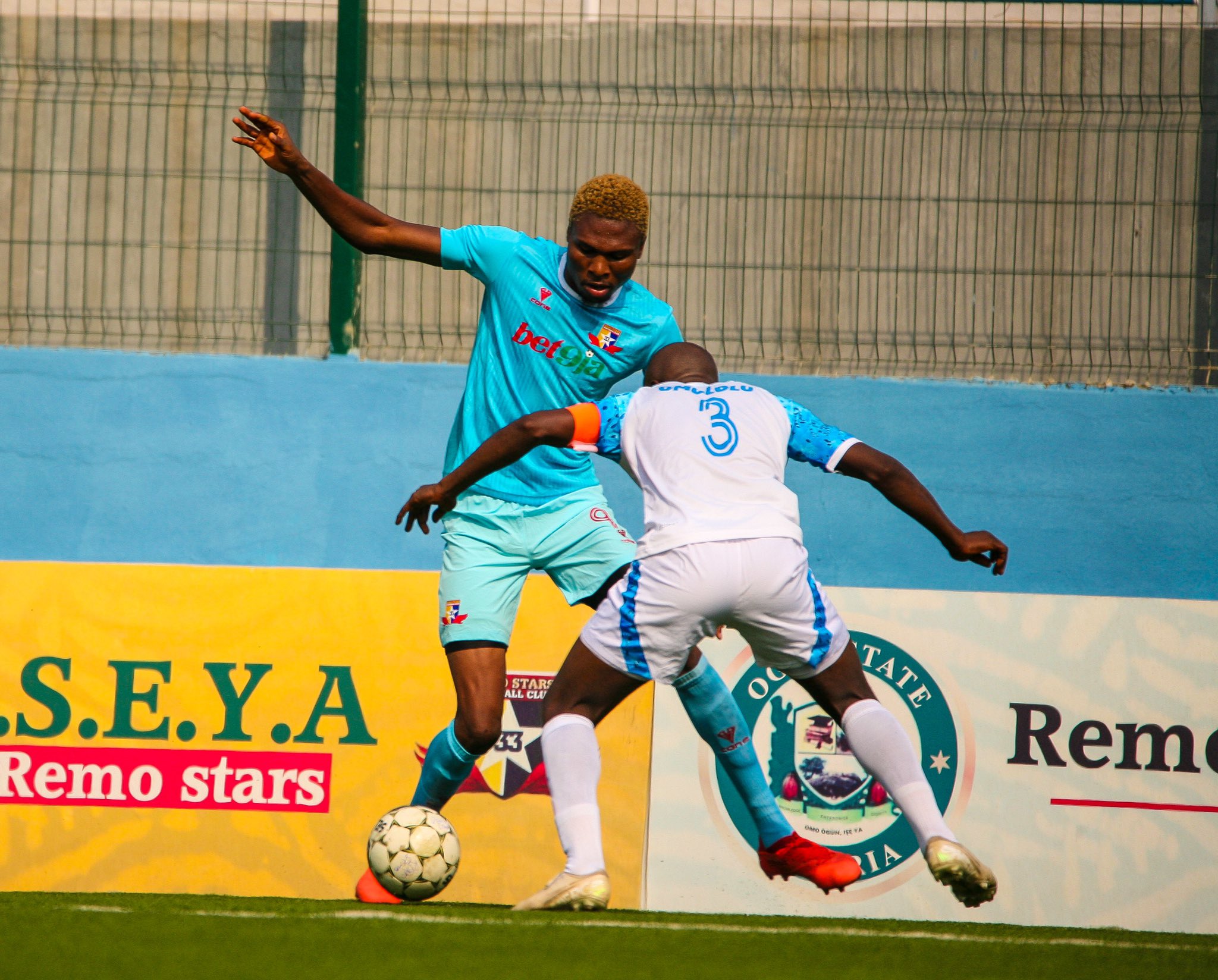 Remo Stars extended their unbeaten run to three games after a comfortable 2-0 win against Shooting Stars in Ikenne on Wednesday.

The Sky Blue Stars dominated the Nigeria Premier Football League matchday three encounter but were frustrated in the first half by the visitors who were to keen to get a positive result from the game.

Daniel Ogunmodede’s side are now unbeaten in nine outings against Shooting Stars.

The Ikenne club also moved to first position albeit on goal different on the Group A table ahead of Bendel Insurance.

The home team took the lead courtesy of an own goal on the hour mark.

Godwin Odibo then put the game beyond the visitors with a deft finish 20 minutes from time.

Shooting Stars are still searching for their first win of the campaign will welcome El-Kanemi Warriors to the Lekan Salami Stadium, Adamasingba, Ibadan for their next league fixture on Sunday.