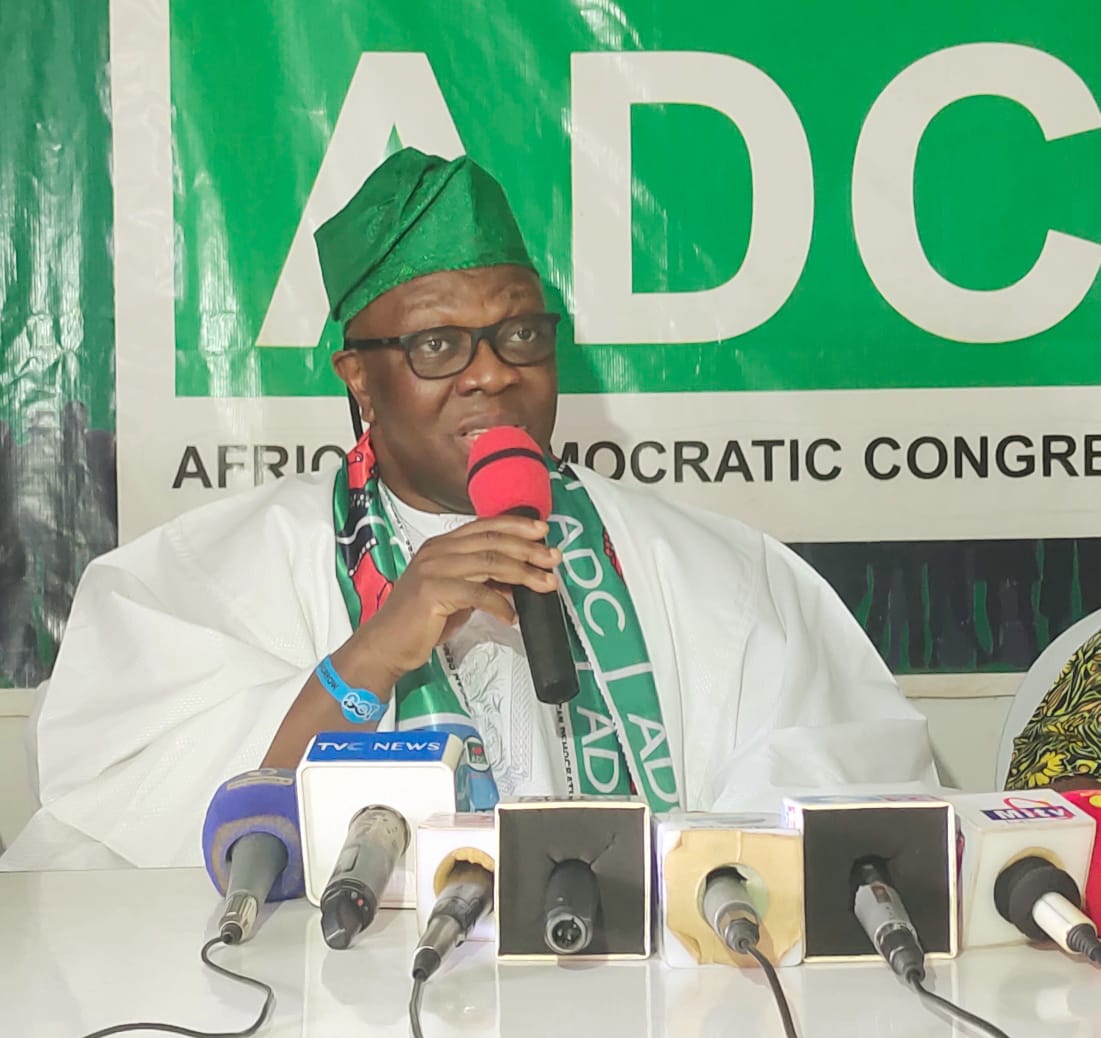 The governorship candidate of the African Democratic Congress, ADC, Biyi Otegbeye, has revealed why he and other candidates of the party were dragged to court by the ruling All Progressives Congress, APC.

Otegbeye was reacting to Monday’s appeal court judgment, which set aside the order of an Abeokuta Federal High Court that the Independent National Electoral Commission, INEC, should delist all ADC candidates in Ogun.

The APC had gone to court saying Otegbeye and others did not emerge through a credible primary in accordance with the new Electoral Act.

Addressing newsmen on Tuesday, Otegbeye said the APC filed 26 pre-election cases against the ADC and its candidates.

This, he said, was because the party did not want to be on the ballot with a formidable opponent.

“To our consternation, 21 lawsuits were filed against us by the APC, apparently to preclude us from contesting the March 11th, 2023 elections,” he said.

Otegbeye maintained: “The ruling APC have run out of ideas and they needed justification to demand the people’s mandate for a second term; hence, the desperate effort, at taxpayers’ expense, to take us out of the ballot.

“Unfortunately, they have failed and must now test their much-diminished popularity and integrity at the polls.”

Otegbeye regretted the blatant attempts to reverse the gains of democratic evolution in the country through dubious schemes calculated at eliminating electoral competition.

He noted that any attempt to grab the people’s mandate by running away from legitimate competition is a mockery of democracy.

The ADC, he declared, is ready to take over Ogun from APC in 2023, counting on the support of former governor Ibikunle Amosun and the people of Ogun State.

According to him, ADC is the party to beat in the forthcoming election.